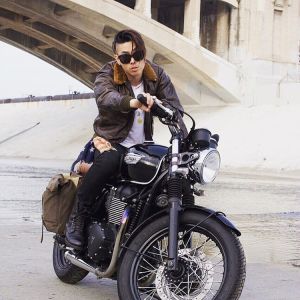 Curtis is the proprietor of Grey and Patina. He is a vintage watch and leather jacket enthusiasts and a lover of mid-century modern living.  He spends half the year traveling and photographing  Japan and Taiwan and calls Southern CA and Kyoto Japan his home.

Cameron also cuts his teeth in the vintage watch collecting world with Craft and Tailored. He has a wealth of knowledge in the vintage clothing world as well. He is also based in Southern CA in Downtown Los Angeles.

Paul is the principal of Analog Holiday. Outside of contributing content Paul is our resident videographer and talented DJ. He has spent numerous years in the Motorcycle industry and regularly DJ’s in Southern CA’s music scene.

This is a text widget. The Text Widget allows you to add text or HTML to your sidebar. You can use a text widget to display text, links, images, HTML, or a combination of these. Edit them in the Widget section of the Customizer.
Loading Comments...
Comment
×
<span>%d</span> bloggers like this: